Two brand new RFI Reports were published in June 2018, this time with one being from a Southern Institution and one from a Northern institution.

Université Alioune Diop de Bambey (UADB) published the first RFI Report from an African institution, and their report highlights some key areas in which the Senegalese government may be able to implement policies which could assist all institutions in the country in future research partnership negotiations. In particular, UADB’s report found that areas such as Material Transfer Agreements and Intellectual Property Rights were lacking when it comes to policies and practices within the institution.

While UADB’s report is quite different to the first report from TDR, it shows that institutions from Low and Middle Income Countries (LMICs) are also able to produce high quality reports, which will be extensively useful to them and can help them to work towards building a better future and better internal organisation.

The second report was published by the Instituto de Higiene e Medicina Tropical (IHMT), at the Universidade Nova de Lisboa. This report came in shortly after the UADB report and is once again provides a great example of how an institution in a high income country can benefit from producing such a report. Dr Antonio Carvalho, a key person in producing the report, mentioned that the report helped to show how IHMT/NOVA has taken substantial steps to overcome its own colonial past in the way it constructs and manages its research partnerships, demonstrated by various projects, networks and collaborations with researchers and institutions from the CPLP (Community of Portuguese Speaking Countries).

He also mentioned that it helped to draw attention to a lack of guidelines and clear policies on data sharing, public engagement with science and dissemination of IHMT/NOVA’s research, and that the RFI process allowed IHMT to develop a clear and systematic plan to tackle these issues, which will substantially increase their societal impact.

The ball has started rolling for the RFI and we look forward to receiving more reports soon! 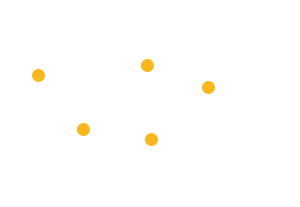